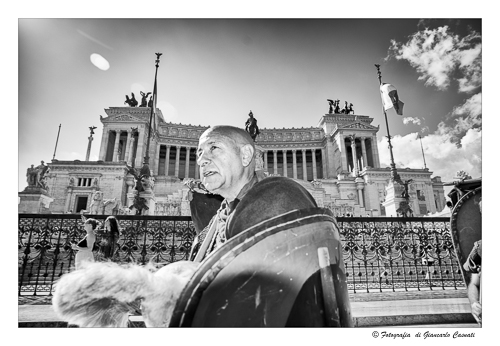 “Expeditio Magna” is the great march of the Associazione Culturale Decima Legio on the ancient Via Flaminia!
After two thousand years or less, a group of passionate historical reenactors will return to travel the great road of the North, simulating the transfer of a contubernium of Roman legionaries towards Rimini to join a consular army.
From Rome to Ariminum (Rimini) on foot, in 14 consecutive stages for a total of 220 Roman miles (327 km), with an average of 16 miles (24 km) per day.
They will follow the ancient Via Flaminia in the most faithful way possible, following a carefully analyzed and reconstructed route with prospections, satellite surveys and specialized studies, along paths and paths almost forgotten, crossing lands and villages almost unknown, but reminiscent of power and prosperity of the most important civilization of the ancient world, and which today deserve adequate valorization.
(See the photo gallery of the departure from Rome).